Next7 Tips for How To Prioritize Tasks and Work Effectively
Articles 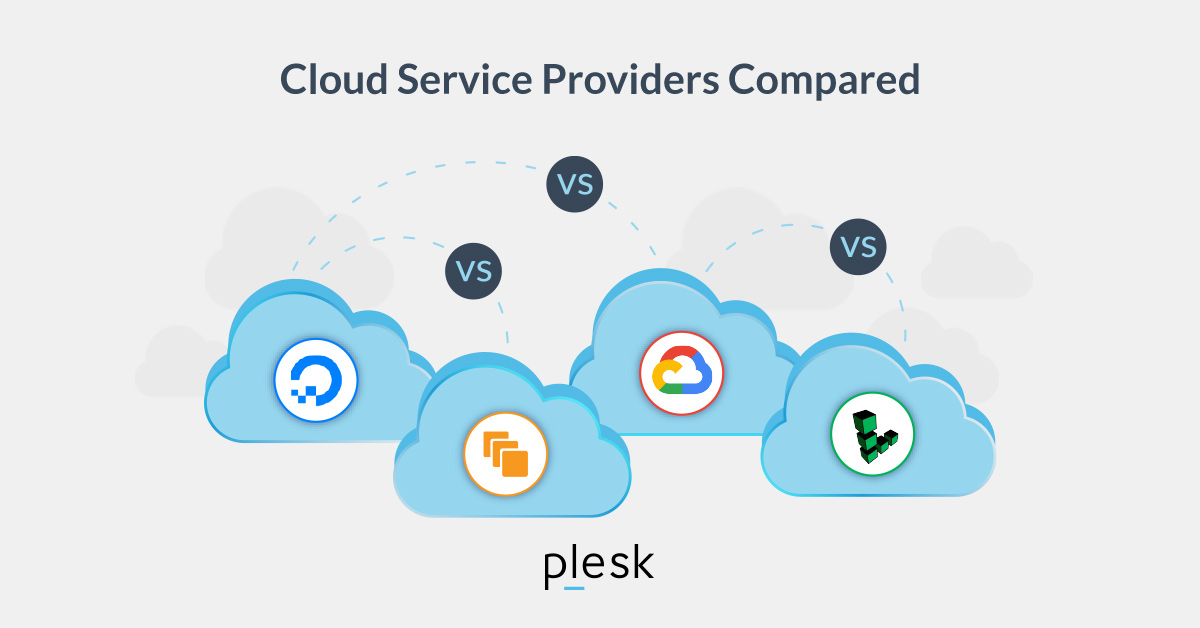 DigitalOcean vs Amazon EC2, Google Cloud vs Linode, Google Cloud vs DigitalOcean: these are the matchups of our times in an era-defining battle. Huge companies struggling for control of a real estate market that is entirely virtual, but no less lucrative for it. So, what exactly is the cloud anyway?

Everyone’s talking about it, but what’s all the fuss about? Well, it used to be that companies liked the control of hosting their intranets and public websites in-house, but that meant buying all of the expensive server hardware and paying someone to manage and maintain it. Sounds great, but putting all of your company eggs in one basket can be dangerous.

Speaking of redundancy, the pace of change is so fast these days that buying all of your hardware and software makes less and less financial sense. You could invest tens of thousands in enterprise-level equipment only to find that it had already drifted into obsolescence before your supplier had even sent you the receipt, and it isn’t very flexible either. With cloud hosting, the burden of assessing, purchasing, and maintaining the latest tech falls to the provider, which is one less headache for a business that just wants to get on with the business of doing business!

Another of the cloud’s benefits is that enterprise-level providers have data centers dotted around the world. Hosting your website closer to your customers, even if they’re 10 time zones away means that they get the same quick, responsive service from your website that they would if they lived next door.

Also, with the cloud comes flexibility, so you can save money as a business by only paying for what you need when you need it. For example, if your e-commerce site experiences a massive traffic spike during Black Friday but then settles down to more modest levels for the rest of the year, the cloud can accommodate your business needs in a way that in-house hardware couldn’t. And if this was a regular thing, you would have to buy enough processing power and disc space to handle something that you knew only came along once a year. The rest of the time all that expensive gear would sit idle!

Installing an operating system is something that happens automatically in just moments with the cloud, and it’s easy to install particular software too, as most cloud service operators offer comprehensive documentation tailored to your OS.

Not so long ago, DigitalOcean was seen as the feisty new kid on the block, but now it’s a serious contender thanks to almost a dozen rounds of investment that have put $305 million at its disposal. DigitalOcean has poured this ocean of capital into expanding its cloud services and building data centers in worldwide locations including Toronto, Singapore, San Francisco, and New York. So far, their investments have paid off well, with a run of revenue amounting to $250 million. Their take on how they have achieved this meteoric rise is that they have focused on developers, but their cheap and simple progressive pricing structure probably had a hand in it too.

DigitalOcean vs Amazon EC2 or Google Cloud vs DigitalOcean would be a David versus Goliath battle in either case (actually more like David versus Goliath’s big brother) but the little guy’s approach to pricing was probably the key to DigitalOcean’s early advantage. Competition may have diminished it somewhat, but you can still get some good deals at certain points on the price list.

The straightforward easy-to-understand pricing still has a lot going for it. It starts at 7 cents an hour for 1GB RAM, a single-core processor, 25GB SSD, and 1TB of transfer.

DigitalOcean lets you start super cheap and super small, but with droplets that use KVM as a hypervisor, you can scale those parameters, even if the size of your operation is in the enterprise class. 7 cents an hour and $5 a month for a virtual private server is such amazingly good value that there’s nothing else to say about it. It’s cheaper than cheap. It’s as cheap as a cheap, cheerful bird that only knows how to say, “Cheap.”

DigitalOcean takes a WYSIWYG approach to billing. Previously, DigitalOcean didn’t sting you for bandwidth overages, but now they do, to the tune of around one cent per gigabyte. Although they may have cut costs they didn’t cut corners. They championed SSD adoption, forcing their competitors to scramble and catch up. Amazon Web Services and Rackspace used to be well behind them, but there’s nothing quite like competition to make you compete, and DigitalOcean certainly did that.

This isn’t to say that DigitalOcean has done everything right every step of the way. They may have seen off a few of the competition but their focus on developers has been a little limiting, which does not help them in the DigitalOcean vs Amazon EC2, or Google Cloud vs DigitalOcean situations. Docker, Ghost, LAMP, Ruby on Rails, and WordPress may be all present and correct, but obsessive focus on satisfying developers will only get you so far.

But no matter what, DigitalOcean is committed to improvement, and it shows. The last half-year alone has featured a new API rollout, a refurbished DNS,  beefed-up IPv6 support, and some reassuring stats: SLA uptime is 99.99% and start-up takes just 55 seconds.

Amazon has come a long way since bookselling from a garage. It is now estimated to have as much compute power behind it as the combined grunt of its nearest 11 rivals. AWS offers a variety of IaaS and PaaS services, and the best of the bunch is EC2 IaaS. You can also get as much load balancing, storage, content delivery, databases, networking deployment and configuration management, and application development platforms as you are likely to need. Amazon has the world’s biggest data centers dotted around in nine strategically important world locations. That’s why DigitalOcean vs Amazon EC2 is like a candle next to a supernova when compared with AWS’s features, but even with only 1% of its capacity, it can still compete against EC2, believe it or not.

Amazon thoughtfully offers users a prodigious amount of support material to help them get to grips with their products, and access to its large support team is available with some packages. But be warned: that support could account for up to a tenth of your monthly expenditure, so definitely something to keep in mind.

As well as management tools, Google also offers modular cloud services like computing, data storage, data analytics, and machine learning. You will need a credit card or bank account details to register for Google Cloud Platform’s IaaS, PaaS, and serverless computing environments should you decide to do so.

Its App Engine, first announced in 2008 is a platform for the development and hosting of web apps in Google’s data centers, making it the company’s first cloud computing service.

It was open to all from November 2011 and was the first of many subsequent cloud services.

Google is another new kid on the block in terms of cloud services but helped no doubt in part by its excellent reputation, Google Cloud has become the go-to solution for enterprises’ small projects, which is to say that it concentrates on standalone efforts rather than trying to be an everyman strategic partner. In comparison with AWS and Azure, Google’s worldwide reach is limited. Truth to tell, it has zero Chinese presence. This is a huge deal if your company wants to leverage cloud services to compete within this vast Asian market.

In comparison to an alternative provider like Linode, there really is no comparison because they serve different functions. Google Cloud vs Linode and Google Cloud vs DigitalOcean would be a bit of a one-sided battle if they were chasing similar markets, but Linode and DigitalOcean serve developers and small businesses looking for cheap, simple solutions, so they can still ply their trade without risking a drubbing from Google.

Linode took a different route to success from DigitalOcean. Born in 2003, it rose to become a name in the world of virtual hosting, back when virtual hosting was a thing. It might have ended there if subsequent upstarts like DigitalOcean had not appeared to rattle it. It’s hard to compete with giants like Amazon and Microsoft, but big as they are, those titans offer such a broad range of options that they pretty much operate in different markets.

DigitalOcean’s rise must have been a kick in the pants for Linode, who have mimicked their approach to pricing somewhat. They also now offer much better control panel support and a solid API, which one imagines they wouldn’t have felt the need to implement otherwise.

Having been around so long, Linode’s perspective on private servers is different from your Amazon AWSs and Microsoft Azures. Google Cloud vs Linode would be a walkover for the big guy if they were competing on the same playing field but they’re not. Linode’s cloud service might not offer as many features, but they do deliver a top-class cloud-based Linux server experience.

Linode can match the $5 a month for a 1GB RAM “nanode”, 25GB SSD disk space, and 1TB transfer plan that DigitalOcean users will recognize, such that light-to-middleweight users won’t notice much of a difference between them. A gig or a core’s breadth is all that separates them at some of these low price points. But when you get into the heavyweights, the gap widens, and Linode ups the ante, sometimes equalling DigitalOcean’s capacity a few times over. Tempting! But do be sure and pick the right plan! Linode is just as miserly about bandwidth overages, charging one cent per gigabyte as soon as you reach your limit (not including inbound traffic).

Ubuntu is most people’s cup of tea when it comes to Linux, or so the statistics tell us, but Linode users will need to trade CoreOS compatibility for Slackware, Gentoo, OpenSUSE, Slackware, or Arch Linux, though. Luckily, Linode brings extra functionality to the table by letting users install custom distros, something DigitalOcean users can only dream about.

Linode brings a lot of powerful features to the table, including Longview, which couldn’t be better named, as you’ll discover when you’re looking for analytics. NodeBalancers is quite literally named because it does exactly what it says.

Managed Hosting and Professional Services will free you up to spend more time cataloging your antique fountain pen collection (or whatever). Linode offers more products than just servers. Linode’s data centers, in locations like Newark, Fremont, Frankfurt, Singapore, and Mumbai, with more on the way, are more than capable of putting your apps in front of users worldwide.

Cloud computing is here to stay, and recent developments in AI are driving even wider adoption. The cloud has now become as critical to worldwide economic development as actual clouds, you know, the ones in the sky that water the crops and keep the rivers flowing.

Their monstrous computing power (not the actual clouds) is as scalable as you need it to be, available when you need it, totally reliable, and now the major contributing factor to the success of the next multitrillion-dollar start-up.